Sentimental Sunday The Hero Carted His Daughter on His Back 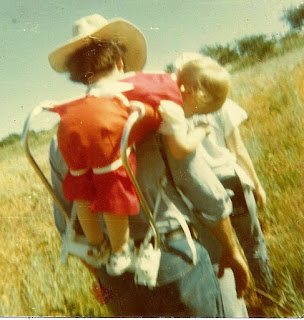 I love this picture. It does remind me of a favorite song the Hero and I would laugh about and sing. My daughter sang it at her wedding.  Silly families, we enjoy things together.

This is Roger Miller singing the song.
Posted by FranE at 11:39 PM No comments:

Email ThisBlogThis!Share to TwitterShare to FacebookShare to Pinterest
Labels: family, having a little fun, singing

I was reading an article in the newspaper and saw a church advertising a Daddy Daughter Dance.
When each of the Hero's daughters had a Daddy Daughter Dance, he was right there with them.  To him it was fun spending time with the girls.  In fact, it was very important to him to attend activities with them.  They all loved dancing with him.  It was his desire that each girl know that she was very special to him.  It all started when he held his first child, a beautiful little girl, in his arms for the first time.
I apologize to the older girls, I gave their pictures to them and the youngest had her's ruined.  This is the last daddy daughter dance picture I have.  Hopefully they will come by and add their memory to the post.
Posted by FranE at 11:41 PM 1 comment:

Delayed until tomorrow when I get home to my pictures. Sorry I am not together tonight.
Posted by FranE at 10:56 PM No comments:

Today is National Hat Day.  Thought I would have some fun. We still have most of the Hero's hats.  Just can't seem to part with them.
Here are some of his styles. ; )

Email ThisBlogThis!Share to TwitterShare to FacebookShare to Pinterest
Labels: From the Hero files, Hats, Sentimental Sunday

I started this with an audience of 6 children which grew to 6 children and 4 grandchildren. Now there are many family members as well as wonderful supportive blogger friends.  I thought tonight, I would let you know a little more about him.
The Hero was the first born and he was the smallest.  He had a small bone frame, bothered him because he felt large.  (Guess it was that big heart inside that fooled him.)
He was all boy.  He hated being closed in.  His mother said he would cry the entire time he had to stay in a play pen.
He attended a Catholic school until he went to Junior High.  That was his first experience with a public school.  Mixed reviews were given by him.
His mother from the time the twins were in grade school, would put them in separate classes.  She saw a tendency in his older younger brother to be competitive, and felt they needed to develop their own personalities. I wonder if it would have been different if they had been closer.
We discovered the Hero was marginally dyslexic when growing up. He just thought he had problems spelling...(yes, he did).  This came to light when our son was diagnosed.
There were some great enjoyments in his life, swimming, creating, he loved writing poetry (because of his spelling, his teacher discouraged him).  He loved learning new things. This he passed on to his children.
He must have just been innately protective of the weak, because his mother always expresses a wonderment when telling his actions toward his family and friends.  She was amazed that he would go to battle for those he felt had been wronged.
He lamented that his father was rarely home, and did not teach his sons how to do things for themselves.  I guess this is why he would research out how things were done and set about trying to fix things himself.
When he came to manhood, he added a romantic side. He was a dreamer. He would sing love songs, had a lazy grin, and could come up with some awesome date activities out of the ordinary.
He did not obtain a degree, but in putting me through college and grad school, he earned a degree many times over.  He was the greatest source for help in the family.
As an adult, he had two companies he started fail. Not necessarily because of inability, rather because of poor timing.
He made two companies of others highly successful. His last employer still laments that he is not here.
He love family, and his children.
As a teen, he considered becoming a Priest. Beginning college he  classified himself as an agnostic.  When he found God and Christ, he never waivered and grew in spirituality and understand the rest of his life. He read the entire Bible through 3 times.
He had a need for organization and cleanliness.  He struggled with a household of 8 and a farm full of animals, none of which seemed to get focused on his needs.
There was a great need also that his grandchildren should know him. Money was spent traveling to spend time with them and not on cruises.  I think maybe we should have taken sometime for enjoyment.  The children classified him as a workaholic.  It was not because he enjoyed it.  That is a subject for a story.
He knew in his heart he had cancer, months before he was diagnosed.  He had a way of that.
For our family he was a spiritual leader, and the logical backbone of the family.
At his death there were great feelings of loss by family and friends, and co-workers.  He had a great spirit about him that drew you to him.
I hope you understand a little about him now. I wanted to show you the man behind the stories.
Posted by FranE at 12:19 AM 1 comment:

Email ThisBlogThis!Share to TwitterShare to FacebookShare to Pinterest
Labels: Sentimental Sunday, Who the Hero was

Why would I chose this for a topic?  I am deeply involved in helping others find their family history and this census holds many keys for many who are at brick walls.  The 1940 census will be a treasure chest for many.  When it first comes out there will be the seekers who will be browsing to find.  This will not be easy just and the treasure seekers of old did not have it easy to find their treasures of gold, and lands.
We have been given some helps. 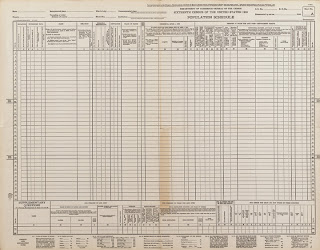 The National Archives & Records Administration NARA has started preparing us.  They have a count down.  Useful to those like myself that get distracted by shiny objects. They give FAQs and answers about the 1940 census, an overview as to what is on the census and they give finding aids as well as a long list of other helps. Click here to view their page devoted to the 1940 Census Records.
Ancestry.com has promised until at least 2013, the 1940 census will be free.
FamilySearch.org not only will have it free, but they will be indexing like crazy.  They started last fall putting up a 1940 census page with facts about the census and a sign up form for committing to index your choice of state when it comes out.  I signed up have you? Click here to see the sign up page and hopefully sign up.
Another goal is for the societies, historical and genealogical to join the commitment to index the census. Why would a historical society like to help? Because they are committed to preserving the past and sharing knowledge of history.  The census not only provide names, but occupations (can you believe the employment status starts at 14 years of age?), and questions about marriage(s).  Are you a member of a society, historical or genealogical?  Ask your society to contact FamilySearch Support if they have not done so already to commit to help.
Why index? Of course you know why.  Browsing through records is difficult, time consuming, and a bit like looking for a needle in a haystack even with all the helps.  We all know that indexing the census will shorten, and aid many who don't have time to browse, in finding their family quicker.
I am a treasure hunter, and I am set and ready to aid as many as I can.

Ready Set Go! Who will find the treasure first?
Posted by FranE at 8:36 AM 1 comment:

Sentimental Sunday The Hero Had a Shocking Good Time 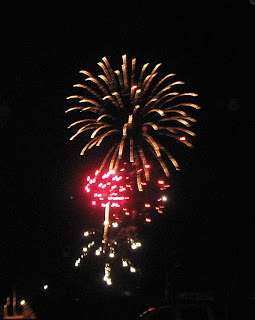 Happy New Year! Last night all the fireworks around here brought a story to mind.
The trip we took to El Paso in 1972 was so fun, but quite shocking, literally, for the Hero.  The dry air, and cold increased his already penchant for conducting static electricity.  His first clue it was going to be a time of shock for him was when he touched the metal railing going to the registration desk, and literally sparks flew.  He made it to our room, and again when he took hold of the door knob, bright sparks flew.  He was getting paranoid now.  To protect himself he carried a set of keys in his pocket ready for metal. He would first touch the object with his keys then touch it.
Funny thing.  When we went to bed and turned to kiss good night, it was a most stimulating moment.  Sparks flew!  We had a good laugh.
(my computer crashed and I lost my scrapbook page. I will add tomorrow)

If you would like to see where we visited in El Paso this is a good site Walkabout .  We stayed in the old Hotel El Paso Del Norte.  They apparently were just selling it at the time.  Really interesting hotel to read about and its history around the Mexican Revolution.  We were clueless of the history at the time. You know young and in love.
Posted by FranE at 10:08 PM No comments: