Sentimental Sunday The Hero as Acting Like a Superhero.

I have verified this story with the Hero's mother.  It is true.  I thought it would be a good story as the grandchildren are gearing up to dress up for Halloween. 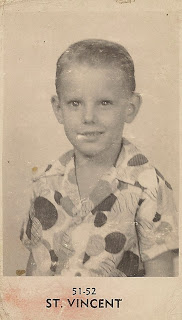 I have shared that the Hero had a very active imagination.  He was always thinking up something. He would look for how to make something happen.  He loved looking at the sky and watching the birds trying to figure out how they flew at the age of 5 and 6.  He believed in his Heroes.  His mother got him a Superman costume for Halloween.  One day he climbed out on the garage roof and jumped off.  He really thought he was going to fly because he had on his cape and had it stretched out.  Off he went, and oops, down he went.  His brother ran in to tell his mom that the Hero was lying flat on his back behind the garage. (At least he went off the back instead of where the concrete was..; )   )
His mom was understanding and lovingly checked him out making sure he was okay, then she admonished him to not do it again.  He took the admonishment to heart.  LOL  He may not have been a rocket scientist at 6 but he wasn't stupid either. 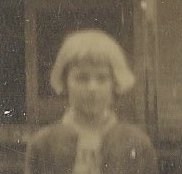 Now why was GreatMother so understanding and loving when he had put himself into danger?
That is the wonderful part of the story.
The GreatMother revealed to me that at 7 she had done the same thing off their porch.  She said she can remember standing and envisioning how she would swoop up just before she would hit the ground.  She laughs and says..."Well, it didn't work."  I love it.

My second son unknowingly followed in their footsteps. At 4, he decided to jump out of a loft with a hanger to break his fall like batman's implements.  Well, it didn't.    Isn't life grand.
Posted by FranE at 3:09 PM

Email ThisBlogThis!Share to TwitterShare to FacebookShare to Pinterest
Labels: generational, GreatMother Stories, Sentifmental Sunday, The Hero and Acting Like a SuperHero