Texasblu at Slice of Life gave the prompt this week to write about Reunions, family, individual, or your own.

My father's family quit having reunions after two of my aunts had a terrible fight. 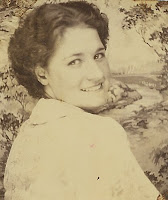 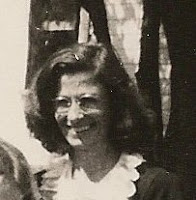 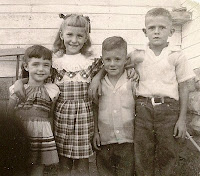 The last family get together with everyone was when I was about 6.

I don't remember the fight, my dad said one sister slapped the other, but he never said why.  The youngest sister, not too long before she died, said it was over jealously.  That was one I never would have guessed.  Of course, it was her side of the story.  They lived in the same town, so if you went to visit one aunt, you had to go visit the other or they would be angry and say you were playing favorites.


It was not pretty and it caused 40 years of pain in a family that had been so close.  They had had holidays together; picked one another up when the other one was down.  The two did make peace with one another when they were about 60ish.  My father captured a weekend he shared with them a year before the oldest died. They sung oldie songs and hymns together. I heard it and it brought back a flood of memories of my years growing up. Sadly, I have to tell you, the tape was on a reel and unfortunately, was lost before we were able to recover it on modern devices.
The only complete family reunion that happened since the fight (no one took pictures, how sad) was at the death of the oldest sister who never told what happened.
I will say I loved all my father's brother and sisters, and today love their children, my cousins.  We have had a reunion of sorts on the internet with emails.  We bounce back and forth sharing information, pictures, and family information.
My grandchildren, keep up with our family,  aunt, uncles, cousins, and extended greats and some number removed.  I will tell you it is important.  I will write stories of the past so you can learn from history,  and you begin chronicling your stories for the future family.  We can do this together.  That is what family should be a chain from the past to the future.
Posted by FranE at 8:14 PM