Sentimental Sunday... The Hero Made Sure His Grandsons Were Texan 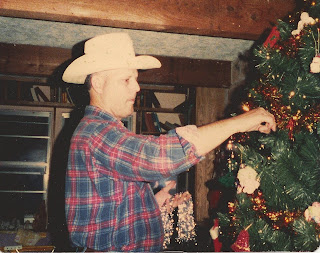 When my daughter was pregnant with her last child, the Hero was distraught that his grandchild was going to be born in Idaho, not Texas.  (oh mercy).  When she discovered, she was having twins. He was really beside himself, and began to scheme.
In his mind, if they were born over Texas soil then they would still be Texans.  This was important for him.  He decided he would send a bag of Texas soil to them.  Redbeard could put the bag on the floor, then they would be born over Texas soil.
When I went up to stay and help the month before they were born he made sure the bag of soil was in my suitcase.  He extracted a promise from the couple that they would do as he asked.  They were game,  Redbeard thought it would be fun. 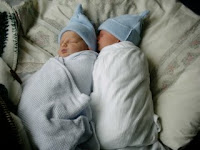 The twins were born over the bag of Texas soil.  Redbeard was so excited when he looked out their hospital window and saw the Texas Flag flying over the Texas Roadhouse on the next block.

This should have been enough for the Hero, but no... He wrote to the Governor Rick Perry's office and told them about the soil, the flag, and asked if they could be made honorary Texas Citizens.  Lo and Behold...   They said yes, and sent certificates to the twins.
They are honorary Texans to carry out their grandfather's wishes that they be born as close to Texas as he could get them.