Sentimental Sunday ... The Hero Was a Prude

I discovered that the Hero was a prude when he made a fashion mistake for "me".
When we were dating, he always made chatter of being worldly when he was young and how into the social groups he was.  I thought for sure he was a man of the world when we were married. On the other hand he chose a girl from a small town in Oklahoma.
We lived when the new fad of "Hot Pants"  came to the fashion world.  Trying not to blush here, but the Hero always thought I had good looking legs, so it was natural to him that when the Hot Pants came out he took me to purchase a pair.  The emphasis here is He took Me out to purchase them.

I wore them over to his grandmother's where we celebrated Mother's Day with my parents and his, all was fine...other than my dad rolling his eyes.  About a week later, he took me out to eat at a nice restaurant.  At his suggestion, I wore the Hot Pants.   He escorted me in with a beaming smile.  At some point during the evening, I excused myself to the powder room.  I was surprised when I came back to see him looking furtively around the room.  Of course, I asked what was wrong.  His answer set me back in my seat.  "All the men in the room are looking at you."  That of course was not true, but someone must have, because then and there he decided I wouldn't wear the Hot Pants out again in public.  His wife wasn't going to be "looked" at in a "lewd" manner.  I am smiling as I write this because you have to know that I was lucky he didn't pull the table cloth off and wrap it around me as we left. 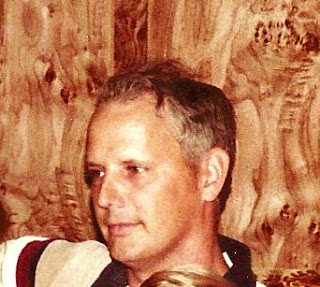 You have a wonderful day, I did just writing this.  He was so cute and wonderful.
Posted by FranE at 9:12 AM

Email ThisBlogThis!Share to TwitterShare to FacebookShare to Pinterest
Labels: Hot Pants, Sentimental Sunday, The Hero was a Prude