This story goes with a disclaimer...I gave each of the living a chance to put their two cents in and didn't get one response, so they have to live with the story as I know it.  They can add in the comments if they wish.

The Hero was always looking for ways to build relationships.  This one year, he decided that he had a four day weekend as well as his son-in-laws so he would plan what he called a "male bonding camping trip". 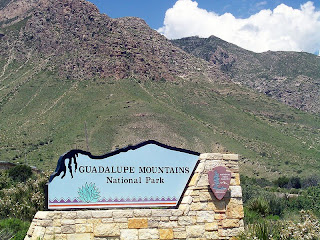 I was given the task of procuring the food for the trip.  He got out the map and chose to go to the Guadalupe Mountains for camping. 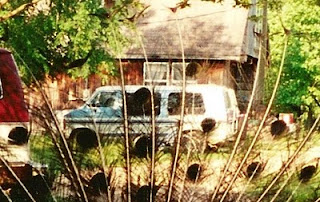 We had a large van that had a back seat that made into a bed, and the side seats made into 'sort of beds'.  The son-in-laws and oldest son agreed to go with him.  They packed to camp out, a tent and warm clothes, then they put in the food.

My daughters and I all went to stay with my oldest daughter because she had a pool and we thought we would kick back while they roughed it.  [I have to note here one of the older daughters had had her wisdom teeth out and therefore spent most of her time recovering.] 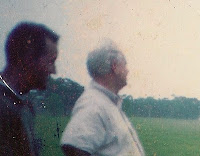 The group headed out.  The first night, I got a call.  "Mom, Dad wants to know where the food is."  "In the cooler, and in the sacks that are under the seat in the back." says I.  "No, mom the food."  Now, I am getting the picture. "That is the food." I explained.  "But, mom, it is grapes, and tuna, cheese, crackers, and apples.  Where is the ground beef to grill?.  The buns.? Chips?" "Your dad said to make the food healthy."  "We are going to starve."
That was the last we heard from them until they were on their way home.

This is the Hero's side of the story. 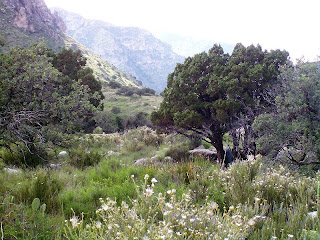 "We made it to the Mountains, only to discover I should have reserved a camping spot.  I had for some reason, although it is why I had the time off, forgotten it was Memorial Day week end.  Everything was filled because they had had a forest fire and a portion was closed off...not to mention no trees.  We found a parking spot and we all had to sleep in the van ( 4 large men).  Not comfortable.  That did not help with resting.  We went hiking the next day. The scenery was beautiful where we chose, but the boys thought I was going to expire before we got up very high.  I enjoyed watching them hike ahead. The problem was, there wasn't any water since we didn't have a site, so the boys found a stream and cleaned up in it. 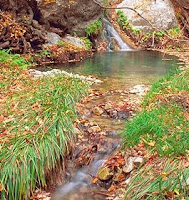 We were all hungry,  and we decided we would go to Carlsbad to go to the caves and to find some good food.  ( I rolled my eyes at this) We saw a sign that said "Best Steaks in New Mexico"...That sounded great. And off we went.  We arrived at 6pm.  We were hungry enough to eat a paper sack. (Oh please)  Well, it was close to that.  The salad bar looked like yesterday's offerings, and the meat was TOUGH. We made it through, but we decided it should have been called Roadside Kill Cafe, not Chef 'Whosits' (name withheld to protect the innocent) ." 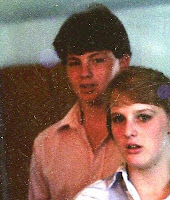 The boys ( they were in their mid 20's except for our son who was about 15. ) did build relationships.  They came back with funny stories that I can't repeat here.
Red Beard called it the trip from hell. One of them is now studying to be a chef.  The youngest thought they were all funny and that my choice of foods was hilarious. 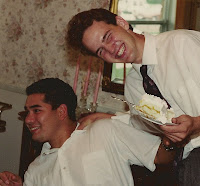 The oldest said he was a pathfinder.  He got them lost.  He also didn't pay attention to the gas gauge and they all ended up pushing the van the last half block to the gas tank.
They fussed, but none of them ever forgot the trip.


We found some Road Kill Cafe t-shirts and gave them as presents for Father's Day.  They wore them out.  It was their club. They survived the food, awful sleeping arrangements, without their wives, and each others teasing.
Grandchildren, if you want the rest of the story, you will have to ask your dad.
Posted by FranE at 2:56 AM