The hero was an adventurer.  He loved seeking where a road went to.  It was a favorite activity of mine also.  The end result was we knew almost every alternative route to the main streets in Houston.
When the Hero started his own decking company, the knowledge came in handy to avoid traffic jams. 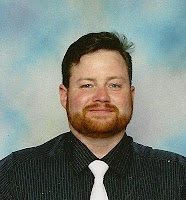 Red Beard, my son-in-law, went to work with the Hero.  The Hero's habit became of point of confusion to Red Beard because of the different routes on how to get to a job.
One afternoon, the Hero said he had an appointment the next morning, Red Beard would have to go to the job without him.  After a few minutes consideration, Red Beard said "How do I get here?...Do you have a map?"

The Hero said, "What do you mean?  You have come in with me every morning?"
To which Red Beard replied, "But you have taken a dang witness protection route everyday.  We haven't been the same way twice."
The Hero was surprised.  It was so second nature to him that he did not even recognize what he was doing.  After a good laugh, instructions were given, but the description lived on.  We still laugh when someone takes an alternate route somewhere saying, "Did you use dad's witness protection route?" 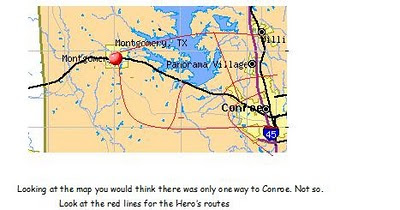 A note of endearing thought to the family.  When they had the funeral procession from Conroe to the cemetery, we were concerned how those that did not know the location of the cemetery would handle going down the freeway to Willis to the country.  As we started out, I began to smile.  The police officers took us through the back country roads to the cemetery.  Not the main thoroughfare at all.  Quite appropriate. ; - )
Posted by FranE at 12:44 AM

Email ThisBlogThis!Share to TwitterShare to FacebookShare to Pinterest
Labels: Red Beard, Sentimental Sunday, The Hero and the Witness Protection Routes