Sharing a Slice of Life 'Snakes'

As I have reflected on this prompt from TexasBlu, I have come up with the probable reason for my awful aversion to snakes. 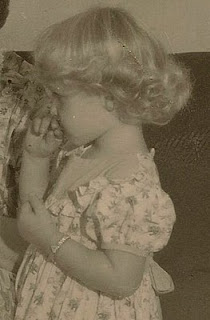 I began reflecting when we did the prompt on camping.  As early as I can remember, we would go camping and fishing every summer.  The men had a competition on who could catch the most and who caught the biggest.  When we were old enough to hold a cane pole, we were taught how to fish.  I think it was to teach patience.  Maybe that is why none of my children have patience.  LOL    The point is, I had to hand worms as early as 3.  I hated their feel and the way they would wind around your fingers.  Maybe that is why I get willy feelings when Red Beard hands the grandchildren snakes...
Then when I was 5 and fishing with my mom for fresh fish dinner, there was this BIG cotton mouth snake that swam right for us (cotton mouths are aggressive snakes that aren't just protecting themselves).  My mom screamed, threw down the pole and grabbed me and ran.  Pretty impressive on a young girl.
I know we should be kind to all living creatures...and I am (I don't hunt down snakes) unless they come into my territory then I am protecting my family.
Case in point.  When the snakes come in my home, they are in trouble.  I have shot a snake that had eaten one of the pair of doves we had.  I have supplied tools for killings snakes that were attacking my men in the house.  The Hero a gun.  The son, now that is a story, a two by four board.
My oldest son in his mid teens and sisters came in after we had gone to bed.  As they came in by the wood stove, he saw two snakes on the floor.  He grabbed the cinder shovel from the fire tools and swatted at them yelling for help (don't know where the girls went, maybe one will make a comment) .  I ran down the stairs to a scene from Rikki-Tikki-Tavi only it was my son and not a mongoose.  No gun upstairs, so I looked for a weapon, the only one I could find was a two by four 4' long they had for repairs.  I ran back down where he was yelling, 'One is getting away!'  I threw him the board and he killed both.  He was our hero for such a brave deed.  It was apparently a pair of copperheads looking for a place to have their eggs, and had come up the chimney cleaning hole.  Still gives me the willies just thinking about it.
All things considered don't you think I have a right to be very wary of snakes!  Well, I do. ; )
Posted by FranE at 9:28 AM

Email ThisBlogThis!Share to TwitterShare to FacebookShare to Pinterest
Labels: my story, Sharing a Slice of Life, Snakes