This will not give exact dates, as I do not have them. They are in the Hero's Journals that were lost.
The Hero was in the Reserve Army Medical Corps.    In 1975-1976 Fort Chaffee became one of the processing camps for the refugees from Vietnam after the war.  The Hero's troop was one of the many that rotated through to assist in the medical screenings and treatments for them.
He enjoyed this time and developed great respect for those that he met while working there.  He often would wonder what happened to them and if his troop had helped any.
In the late 80's, he was going to a dental school to have his teeth done.  The student who drew him for the dental work was oriental.  He asked her where she was from. When she told him that she was from Vietnam, he told her about his experience.  Lo and Behold.  It turned out she was there with her mother at the exact same time as he had been.  She said that the Army troops had been very nice and she was so thankful she had been given the chance to come here from Vietnam with her mother.
I wish I had his journals because he wrote her name and the special feelings it gave him that he had been a part of this young lady being able to be in this great country and learning a profession, which she probably would not have been able to do back at Vietnam.  They had wonderful conversations about her experiences when he went to have his teeth done.   It was sad when she moved on to other classes and was no longer his student dentist.  She knew he wished her all the best.
The Hero was a part of history.
Posted by FranE at 10:40 PM 1 comment: 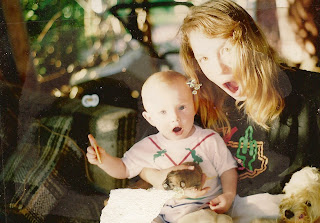 "It had been a long Wednesday.  We had gone to youth activity and he worked in the church clerk office while I attended our youth activities.  It was late when we left town, and started up the long dark country roads to get home.  He seemed to be okay and chatted back at me, answering questions.  Then we came to a stop sign just before we crossed a railroad track.  He stopped, then started up turn and stopped with the front wheels on the railroad track and fell asleep.  Just down the track was a train coming!
His memory and mine are different perspectives due to adrenaline rush at the time.  I remember at first thinking this is really stupid, why are we stopped here?  I looked over at daddy and knew he was asleep and thought, if I don't wake him up we might get hit. (no duh, my interjection) I also thought, 'I might get yelled at if I wake him up.'  Logic overcame and I called at him and shook him to wake him up.  He woke up and moved forward across the tracks to the other side in plenty of time. "
So who do you think would have remembered it better?   This became a long term discussion and tease of the dad. He was comfortable enough with his weaknesses that he could laugh about it and tell the story on himself.   It was even included at his funeral by his special friend.
The hero loved his children and the thought that he could have been a cause of harm to one upset him greatly. He loved them so very much.  I will interject, he did go to a sleep study and they found an oxygen deficit.  He had an oxygen machine for sleep.  There is a reason for everything.
Posted by FranE at 11:34 PM 1 comment:

Sentimental Sunday The Hero Was Thoughtful to the End

Have been avoiding writing about the Hero's last months, but as I have been following FootNoteMaven 's challenges as her husband is recovering from a heart attack  the memories have flooded back.  It is not quite the same because the Hero had col-rectal cancer and the end was creeping in.

I was so blessed by his thoughtfulness.  It was hard to let him go, but it was understood by him and me that it was going to be a temporary separation.  He knew I didn't want him to go, but knew it was going to happen.
When Maven was talking about Mr Maven telling her he loved her through the C-Pap mask.  I was taken back to a time when I was draining the fluids out of the Hero's chest with a vacuum bottle.  It had to have hurt just my moving the chest tube around, but he looked at me through the oxygen mask and said... with a smile, "I love you".  I love him too.


After his death, two of his friends shared stories of things he had said to them.  One had asked him if he felt like Job because of a chain of events he had experienced. He told him no, that he had a personal angel with him that loved him that Job didn't have.  (You know how that made me feel)
The other friend said they had been joking while he was watching the Hero so I could go to the store.  All of a sudden the Hero stopped and said "She has been an angel to me. I love her."
These were little gifts he left me that I hold on to, knowing one day I will see him again.
I am able to talk about this a little at a time now, it is not easy, but I need to begin opening that door.
Posted by FranE at 11:08 PM 3 comments:

Sentimental Sunday: The Hero, His Religious Beginnings for the 109th Edition of the Carnival of Genealogy

This is for the 109th Edition of the Carnival of Genealogy.
The topic for this edition of the COG is: Where did your ancestors worship?
This is also for the Hero's grandchildren who would not know he grew up as a member of the Catholic Church.  The Hero said he vividly remember attending church when he was little.  A favorite story of his was once when leaving mass, his dad reached out to swat the hero's sister on the bottom for something only to have her move and he swatted a lady who was walking by.  There were apologies, and embarrassed faces, but it made for a great memory for the Hero.
The Hero's mother left the Church of Christ to become Catholic and marry his father in the Catholic Church.  There were actually long years of persecution by her family for choosing to change her faith.
Lillian Sackley Ellsworth, his grandmother and her ancestors as well as his grandfather, Edward N Ellworth, and his ancestors were Catholic.  I found the Heimbach family in Germany in Catholic church records.  I found the proof for the spelling of the  Aylwards in Prince Edward Island Catholic Church records.
He completed his Catechism study. It has changed since he took the lessons. He took his first Holy Communion.  He was an alter boy.  At one time, he thought he might want to be a priest.
Then he met a young lady and married her, only to have her divorce him.  Because he was a good guy and knew it would be ugly, he would not go through the process to have the divorce annulled by Catholic Church, therefore he left the faith of his ancestors when he when he asked me to marry him.  His new faith would be a topic for a different blog post.