My mom loved Halloween.  She was one of the first teachers at her school in Oklahoma to start dressing in period costumes for the festivities.  Of course it was a different era, the kids dressed up, parents brought cupcakes, there were parades, and there was in general a lot of games.  As I was growing up, she always had popcorn balls (in a variety of ways), candy, etc.  I had to dress up to had out candy to those coming by.
When she moved to Texas, she was living in a rural community.  There wasn't the going from house to house for trick or treat but there were a lot of little kids that wanted to do what they saw city kids doing. As a school they still did costumes and a class party, but the whole community turned out at the precinct barn where a special group had put together a variety of activities and treats.  Mom loved this and was disappointed when the activities started coming to a close at school, then in the community at large.  Now they do a haunted house, which I have to say, I am glad all my kids are gone, because I have never been a fan of haunted house activities.  Here is the only picture I have of my mom's Halloween activity.
My mother-in-law always decorated for Halloween time.  She would have fun handing out candy for the kids in the neighborhood. Her foster daughter loved the dressing up and handing out candy too.
When Mildred moved into an assisted living home, they had activities every year.  We would go down and participate with her. She would dress up and so would we.  Such a fun memory.
These are a few of her dressed up as well as my sister in law and brother in law.

Fun memories and ones I hold dear.

I know you are sitting there thinking good grief... but wait 'til I get through with all 25.

The second granddaughter and grandchild was just perfect.  She has been a delight to see growing up, full of vim and vinegar. 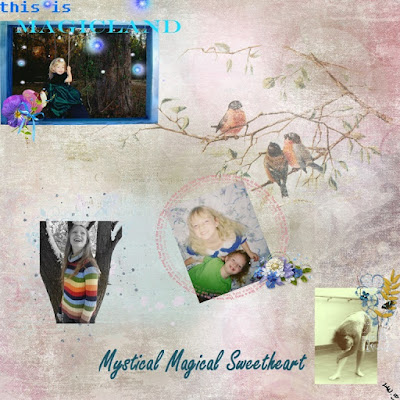 This is her scrapbook page.
Posted by FranE at 12:31 AM No comments:

Tombstone Tuesday ~ The Care Taker Becomes the One Cared For

Sundays were the day the Hero's family would gather together.  It might be just to go by and visit the grandparents, or, it could be to celebrate a holiday or birthdays.  The Hero and his twin brother tended to eat as they did when young, and the end result was they found a place to rest afterwards and we would find them asleep somewhere.
This scrapbook page was at their sister's. They had gone into the den away from everyone, and either bored each other to sleep, or were watching a game on television. I don't remember why, but finding them both asleep was funny. 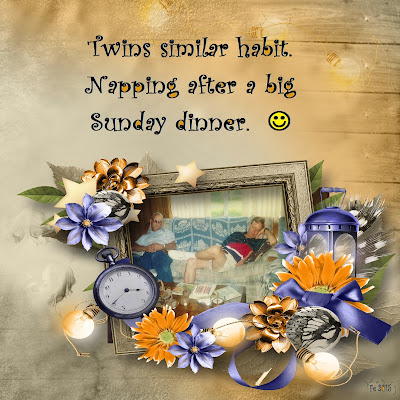 Surname Saturday ~ And They Became One

One starry night on October 24th, 1970, a couple professed their vows to love and cherish each other, and she took his surname as hers to honor.
In their toast to each other, it was made mention of a “toast to their love together forever”, and so it is and forever shall be.
This 45th anniversary is celebrated by the bride with his memory at her side.  God has sent a promise that though they are parted, they shall one day be reunited.
My hero is missed but not forgotten, and ever waited upon for the loving reunion. 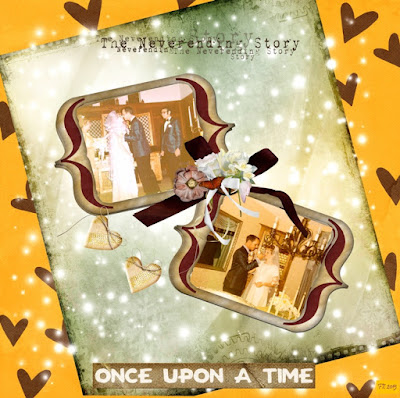 Email ThisBlogThis!Share to TwitterShare to FacebookShare to Pinterest
Labels: A Hero Story, A special memory, Anniversary, gone but not forgotten, Love can be forever. family history

It has been a long time since I have done the prompt "Follow Friday".  After the feeds changed, I went to subscribing to the posts.  That meant most of the time I have not gone to the website and posted a comment.  This is nice to not miss a post, but I have begun to wonder if the writers of the blogs wonder how their posts are being received.  Today I thought I would give a few a shout out.
Roberta Estes has helped me so very much in sharing knowledge about DNA... a heroine to me at DNAeXplained - Genetic Genealogy.  Judy Russell has broadened my understanding of legal issues, and reading a document, yeah for The Legal Genealogist .  If you are a beginning genealogy blogger, Geneabloggers by Thomas MacEntee is still the best for getting you started and keeping you going.
Amy Johnson Crow has to be one of the greatest caring genealogy bloggers for giving prompts that really make a difference in our personal posts of family history.  Jana Last on Jana's Genealogy and Family History Blog has been a great blogger herself, but even more, she has been a great edifier to many bloggers with her Follow Friday ~ Fab Finds.  There are more but I will save for another day.
Be a great follower and be sure and leave for those that serve the genealogy community as a whole a word of thanks or encouragement so they will stay with us in the long haul.
Later, friends.
Posted by FranE at 3:02 PM 2 comments:

I have blogged about some of my gene treasures from the past... but today I choose to blog about my gene treasures in the present.  25 grandchildren... Each is such a unique treasure and learning experience.  I love them so very much.  I think I am going to do this each Thursday until I cover all 25.

Number one grandchild was so exciting.  We were all waiting for this treasure.
Her mom and dad decided to name her Crystal.  Not for any family name, just because they liked it. Isn't that the way is it supposed to be? 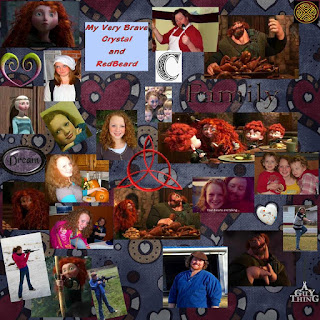 Growing up she was so much like Princess Merida...


Yep... my first jewel in my treasure box. 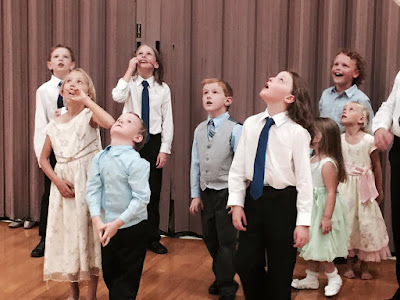 Email ThisBlogThis!Share to TwitterShare to FacebookShare to Pinterest
Labels: #familyhistory, cousins, What are they looking at, Wordless Wednesday

While looking for family in the Pawnee, Oklahoma cemetery, I came across this interesting tombstone. 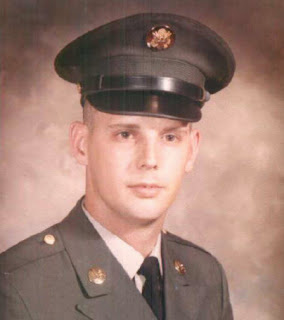 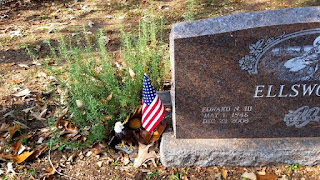