I really hope you won't get tired of the Orange VW bus. It was a fun time that the Hero and I had.  It was a learning curve for him and myself. I had never driven a floor stick shift before.  Especially one that stuck 3 foot up in the air almost between the two seats.
Moving right along.

The first task the Hero attacked was to turn the back seat into a "bed seat".  He took a sheet of plywood, cut it to the size of the back seat bottom and a matching piece for the back.  He then bought some hinges and attached them together to allow the back to be laid flat.  His hardest endeavor was to fasten the back up when it was supposed to be being used as a seat.  Some way he managed to find a piece that he attached to the back of the seat that a pole could be inserted in.  Then on the base of the back seat he found a pole on a hinge.  I am clueless where he found everything.  After a week, he had himself a bona fide seat that laid down into a bed that he had constructed all by himself.  Yes, he was doing the dance.  I was left to pad and upholster.  It was a bit warm as part of the bed was over the engine.
Next he turned his attention to making a table.  That was easier.  The holder in the floor and the bottom of the table was available at Van stores.  He just had to cut the table to size and attach.  His only problem was he would have to set the table out when we made down beds. That is for another story.
He bought blinds for the sides and back, but for the front windows, he had me make screens with Velcro to attach them.  He thought of everything.  This was his VAN, and he was the creator of it's personality.  I so wish I had a picture of him with it, but that time period appears to be missing in pictures, just present in my mind.
Posted by FranE at 3:00 PM 1 comment:

Email ThisBlogThis!Share to TwitterShare to FacebookShare to Pinterest
Labels: How the Hero Got His Nickname, Sentifmental Sunday, The Hero and the Orange Volkswagen Bus. Creating

I made a collage of some of the impacting moments of the Hero's life.  The first child, the first son, a son achieving Eagle Scout, the first grandchild, the daughter he saved her and her child and got to celebrate the first birthday with, his favorite dog, and of course... me.  The only disappointing thing was the only picture of the entire group together was at his funeral.  We all miss him terribly, but are so glad he was the father he was.  He would fly 2000 miles to see a granddaughter baptized.  Sit in the hospital with a child who was close to death.  He loved to hold them and more than anything else wanted to see them achieve what they could be and be happy.
God was good to our family.  Happy Father's Day Hero! 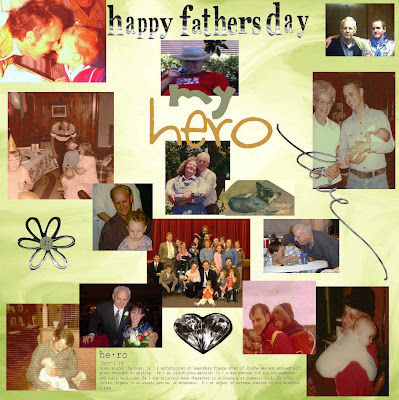 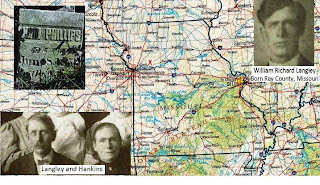 Follow Friday, I am highlighting another state research community on Facebook.  FamilySearch has added another favorite state of mine. Oh, did I say favorite, hmm maybe not.   How about a much visited state to search for ancestors. My grandfather was born in Missouri and his grandparents came there in the 1820's.
Research in Missouri is not always easy, not necessarily because of the records. Rather because of the attitudes of many of the early settlers, case in point Daniel Boone.
Daniel said the reason he went to the upper Missouri under Spanish rule was because one, the description by other men who had been there, "These men talked of the beauty of that region: they had stories to tell of the grizzly bears, buffaloes, deer, beavers, and otters..."1.
Daniel went to Missouri for elbow-room.  He was looking for less government involvement in his life.  It worked for a short while under Spanish rule then American enterprise came upon his again and he submitted this time. Just one example of those that went there because the east was "crowding them" 1.
I put a link below to his book written originally in 1844.  It has great insights into a pioneer mindset.

FamilySearch as started the Missouri Genealogy Research Community on FaceBook.
It is based on the principles of Ask a question, Find an answer, and Teach others what you know.
Stop by and join in the conversation or share a story about an area, ask if anyone knows a surname. We hope to see you there. Yes, I already liked Missouri and it comes in my wall feed when someone has something to say.  One person said 'Y'all will never known what you will find in Missouri..there is a reason it is the Show ME! state'
Would love to have fun with you as I tear my hair out searching for my hard headed Missourians who eventually became Okies. Go Figure.

1. Daniel Boone: His Own Story   By Daniel Boone, Francis Lister Hawkes
Posted by FranE at 3:27 PM No comments:

Sentimental Sunday... The Hero and the Orange VW Bus

The vehicle the Hero bought for our beginning family was an Orange Volkswagen Bus.  It had been converted inside by the previous owner to have a "bed" in the back.  We traveled frequently to Oklahoma to see my parents and TexasBlu would end up in a makeshift bed in the back seat of our car (back in the day before seat belts).  She loved lying and reading her books, so he wanted her to be comfortable. Thus the Bus with a bed in the back.  : )
The other reason he bought the Volkswagen was that he had heard they were extremely easy to work on. (Rolling eyes, not sure who was the source of that information).  His dad had never taught him how to work on a car.  They just always sent it to a garage to get fixed.  He decided, given our financial situation,  he needed to learn to work on his car himself.  Wa-la, easy to fix VW.  We were blissfully ignorant of our life to come.
First, no one worked on VW's except VW dealerships or specialized garages. Expensive.
Second,  The bus, he found out, was not like the basic VW.  It had a Porsche engine with dual carburetors.  He found out he had to check the battery fluid.  Hmmm.  Where was it... oh yes, down under the carburetor and to the back... He had to buy a special mirror to be able to view it.  Just things like that...
Third, it was a stick shift.  Oh lots of experiences with that.
Well, this was a preview.  He had many stories come out of owning the VW bus and had a love/hate relationship with it for years.  For the next few weeks, I will be writing the Orange Volkswagen Bus Adventures, or how the Hero learned to be a mechanic. ; )
Posted by FranE at 10:17 PM No comments:

Email ThisBlogThis!Share to TwitterShare to FacebookShare to Pinterest
Labels: Sentimenal Sunday, The Hero and the Orange Volkswagen Bus.

This is the Face of Genealogy

I did not have a desire to go see the picture in question. I have seen enough of undesirable ads and pictures on papers, and the side bars on the internet to know if Thomas of Geneabloggers and an 11 year old genealogist are upset, I will support the endeavor.
This is my Face of Genealogy. I love everyone in this picture and it is a beginning for my family. The Hero as an infant and a Mother in Law who had been through it to advise my daughter with her twins.
Posted by FranE at 9:08 PM 1 comment:

Email ThisBlogThis!Share to TwitterShare to FacebookShare to Pinterest
Labels: Face of Genealogy

Sentimental Sunday... The Hero Was a Young Entrepreneur 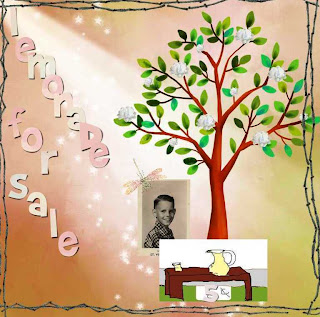 While I was still playing with paper dolls, my Hero was already figuring out how to make money. During the summer of his 8 and 9th years, he and his brother would make a lemonade stand.  It would last until mom recognized her glasses outside.  He branched out in his Junior High years.  His dad would bring home sugar cane from a farm near by and the Hero would stand on the side of the street with a sign... "For Sale" and sale his sugar cane stalks.  He would tell me this story every time we would go to Louisiana and see the sugar cane fields.  He was proud of understanding Free Enterprise at an early age.
Oh Grandchildren, I have a wealth of stories to tell you about your GranddadE and his ability to dream and endeavor to achieve.  He knew how to work and taught his children how to work.  He did not believe in sitting back and letting life come to you. He was out making life happen.
Let it be a lesson for you. Never give up trying to do better.
Posted by FranE at 9:39 AM 2 comments: