Every year footnoteMaven hosts a fun event called Blog Caroling, a favorite activity for me. If you want to join, then head on over to this blog post at fM's.
There are many Christmas carols and hymns that touch my heart, but sometimes you just need to stop and have some fun. When the Hero and I would talk about Christmas plays and our children were in the Church party Manger scenes, he would always break out in song about "The Angel in the Christmas Play". This Christmas song was written in 1949 by Spike Lee.  The Hero would have been about 3 when it first came out.
Wonder if our children remember the song... Good question.
[One year my daughter's church ward had a funny nativity scene at their church party.  I was almost falling off my seat laughing at the antics of the shepherds and angels. Somethings never change. ]
This is a link to the song done by Karen Carpenter on YouTube.
Have a wonderful Merry Christmas my friends. Email ThisBlogThis!Share to TwitterShare to FacebookShare to Pinterest
Labels: A Hero Story, Blog Caroling, Christmas, The Angel in the Christmas Play 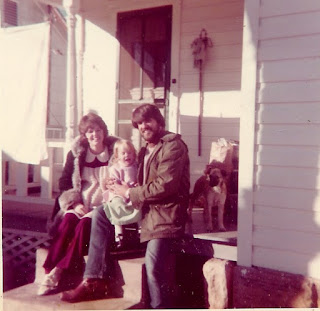 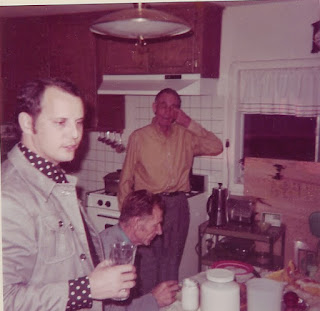 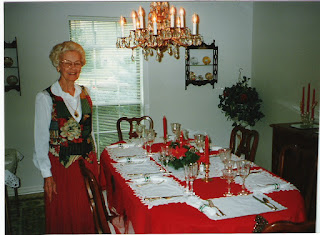 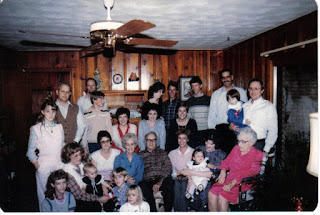 The Hero and the Rottweiler ~ Sentimental Sunday (thought of then.) 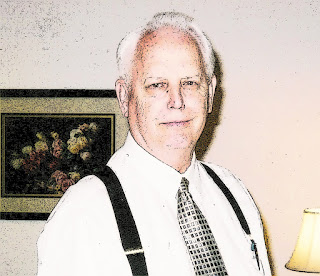 The Hero did flooring jobs to supplement his day time job income. His primary workers were his family members.
This one job was for a doctor resurfacing a second floor patio above the first floor patio.  Everyone was excited and thought, this will be a fast easy job.
The doctor had a pet Rottweiler.  He looked like this dog. 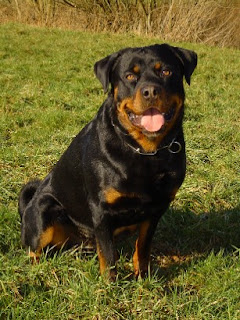 A beautiful healthy, happy, big dog.  The guys were apprehensive at first about how he would accept them, but soon found him to be friendly and funny, because he would run up the stairs to greet them then his claws would slip on the wood floor and he would end up in all sorts of positions, and gyrations trying to get in control.  No one minded his presence, until... they noticed tools would go missing.  He would come out get petted and when they turned back to work, he would pick up a tool, tape, what ever was sitting there unattended, and quietly slip back inside.  This started causing lost time because the guys would have to go looking for the item, and would find it with their friend the dog. It ended in him being banned from the area, and them keeping a watchful eye in case someone would forget to close the door.  He was then such a sad dog looking longingly out the door.
The Hero laughed telling the story and loved petting the Rottweiler when he was there. The guys would hoot and laugh talking about his antics.  All in all, the Rottweiler made the job a fun one that had good memories.