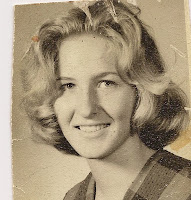 Today on the anniversary of this horrible event, it is gratifying to see how many still remember and send their hearts out to those who survived or are families of those who did not. I too feel strongly for those who involved in the act in anyway.  It has to have been life changing for each.  My prayers are offered for them.   It still has a profound effect on the society as a whole, and I hope we never forget the need to be unified as a nation.  I was impressed to read what one survivor has to say.    If you click on that sentence, it will take you to his You tube interview.
Posted by FranE at 1:07 PM