A Date Which Lives In Infamy... 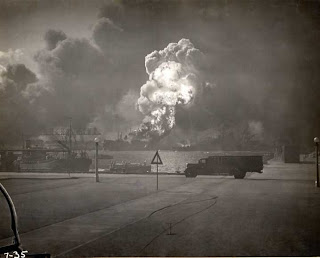 Sixty-eight years ago today, at about 7:55 a.m., Japanese bombs began falling on the United States military installations Wheeler Field and Hickam Field in Hawaii, signifying the beginning of the attacks on Pearl Harbor.
That attack, which killed 2,390 sailors, airmen, soldiers and civilians, officially brought America into World War II. Until Sept. 11, 2001.  The attack, at the time, was the deadliest on American soil (2,976 died that day). When war was declared on Japan the next day, President Franklin D. Roosevelt called it, “a date which will live in infamy…”
The picture taken above was  from the brownie camera of a sailor who was on the USS QUAPAW ATF-11O. in Pearl Harbor on December 7th, 1941.  It is a time we need to take note of and pay tribute to those who died in this attack.


My father always remembered each of the WWII days when he was alive.

My father was affected by this act as was many.  He is pictured here with his wife Faye Jenkins Langley in 1941.  When war was declared,  he was a superintendent on the domestic railroad in construction, he was exempt from going off to serve overseas.  His duty was to keep the railways open in the US.  There was trouble in the winds, though, he had a discontented wife.  She hid his papers the government required him to fill out to say he was still working for the railroad.  As a consequence, he was sent a draft notice and went down to enlist in the army corp of engineers.

He served in the European Theater although his ship was diverted to the Phillipine Islands on his way home.

When he got home he was divorced because of things that happened while he was gone.  Not a pleasant time, but it ended in him finding and marrying my mom.

To his death he was proud of serving his country and stood up for the men who served.  I would need to do the same. 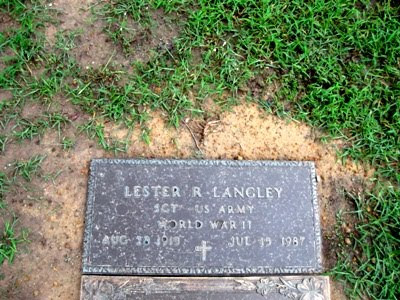 Thanks to all who did and do serve this wonderful country.