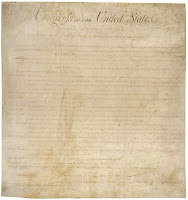 On March 4, 1789, the Constitution of the United States of America was ratified by the (former)13 colonies, and went into effect. States and individuals were concerned that the Constitution did not properly cover and protect a number of rights of individuals. The Constitution was signed by the original 13 states with the requirement, or understanding, that a Bill of Rights would be created, amending the new U.S. Constitution.

The picture of the original Bill of Rights and the letter below of George Washington  to Marquis de La Fayette
are from the Library of Congress. 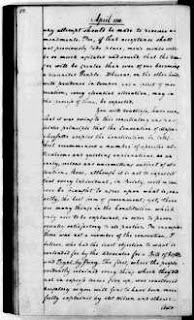