Our first daughter was born just after Mother's Day.  Did that stop the Hero?  No, not at all. He wrote a poem for me and bought me roses.  He was so excited about the birth of our first child.
As you know his birthday was on May 1, on his birthday he would always call his mother and thank her for being born.  We always went down to her house on Mother's Day with the family and to wish her a Happy Mother's Day.
He loved the stories of Mary in the scriptures, and thought of motherhood as a sacred duty.  I can not tell you how many times he would come to the aid of a some lady who had a challenge.  He still believed in Chivalry.
One of tenderest stories is when we had gone to visit my mom just after she had started living in the Assisted Living Home.  She had anxiety that was almost unbearable to be around, as well as depression.  I was terrible and had told her to sit down and be still so we could talk. She had been getting up and down. He looked at me and shook he head 'no', I quieted down.  He then looked at her and said 'Mary, would you like to be held?'  She nodded yes. He opened his arms and she sat down in his lap and he held her like a baby. She quieted down and relaxed so she could talk. When he died, she cried like a baby.  She knew that we had suffered a great loss. 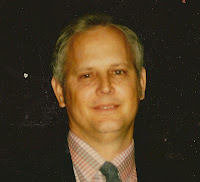 He passed the teachings of treating a woman like a lady and a queen down to his sons, but that is for another story.
I remember his strong arms around me when I was sad or hurting.  His loving words when I needed to be uplifted.  He was everything I hoped for as a husband and father.  He was a white knight in shining armor.
Posted by FranE at 6:48 PM