Week 2 of Amy Johnson Crow;s challenge to write a story once a week about an ancestor. Her blog is No Story Too Small you can read about her challenge there.

I have blogged about different aspects of my dad’s life. One was about his propensity for achieving and not giving up. http://branchingoutthroughtheyears.blogspot.com/2009/07/great-example-of-never-give-up.html  His pride in being a World War II veteran.
I have not however, blogged about his role as a father.  My dad, Lester Langley born 28 Aug 1915 in Hughes County, Oklahoma, was a remarkable dad.  He was not perfect, none of us are, but he was a good dad.  I was an only child, by his choice.  He was in attendance when I was born.  I was born breech, my arm came out first.  He liked to say it was because I was shielding my eyes from this world.  (One way to look at it.) My mom had a terrible time recovering. The labor had been long, and the doctor had to push my arm back up inside and turn me so I could come on out. I can imagine it would have been a traumatic thing to my dad who liked to be in control.
When I was little I went everywhere I could with him, and he let me. 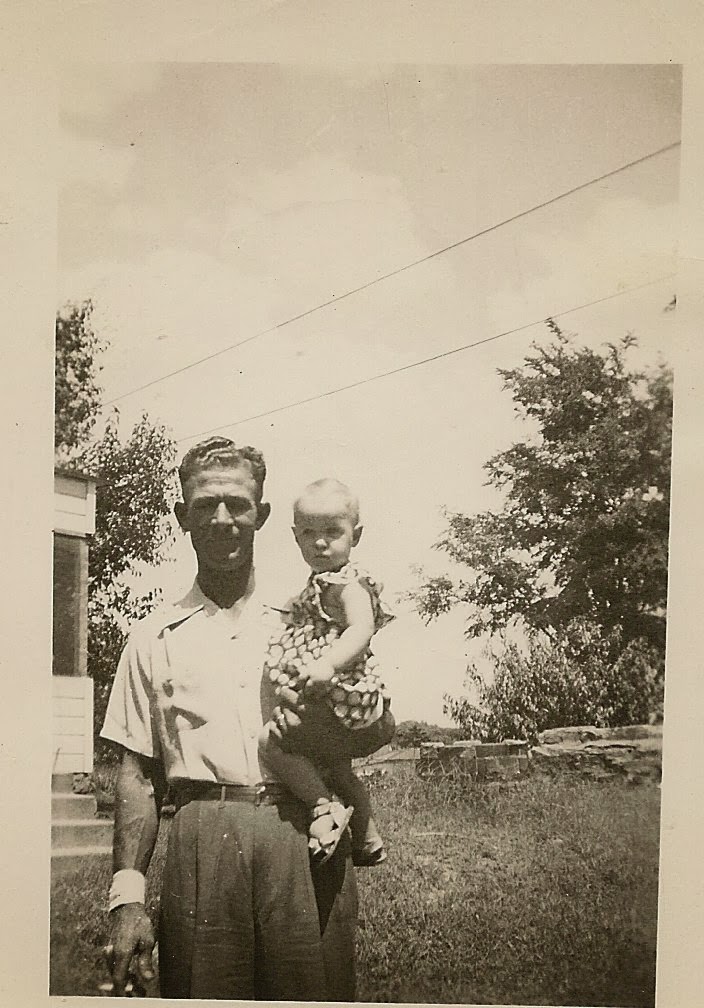 As he was recovering from having lost his leg, I was always there to help him. He would laugh and say I was his leg during that time. The picture below was taken were we lived in Iowa while he was working as an artificial limb technician. Which brings me to the fact, he never missed any of my birthdays, being poor there weren't parties, but it was always a special occasion.
Any activity I was in, piano recitals, plays, band performances on the football field, parades, and concerts, he was always there. When it was time for me to learn to drive, he was there.  He had an old pickup that had what he called a compound drive.  We go out to the pasture where he would get out and say, "drive".  It moved slower than I could walk. (giggling greatly here) I still took Driver's Ed at school because my dad felt it was best. Wonder why. 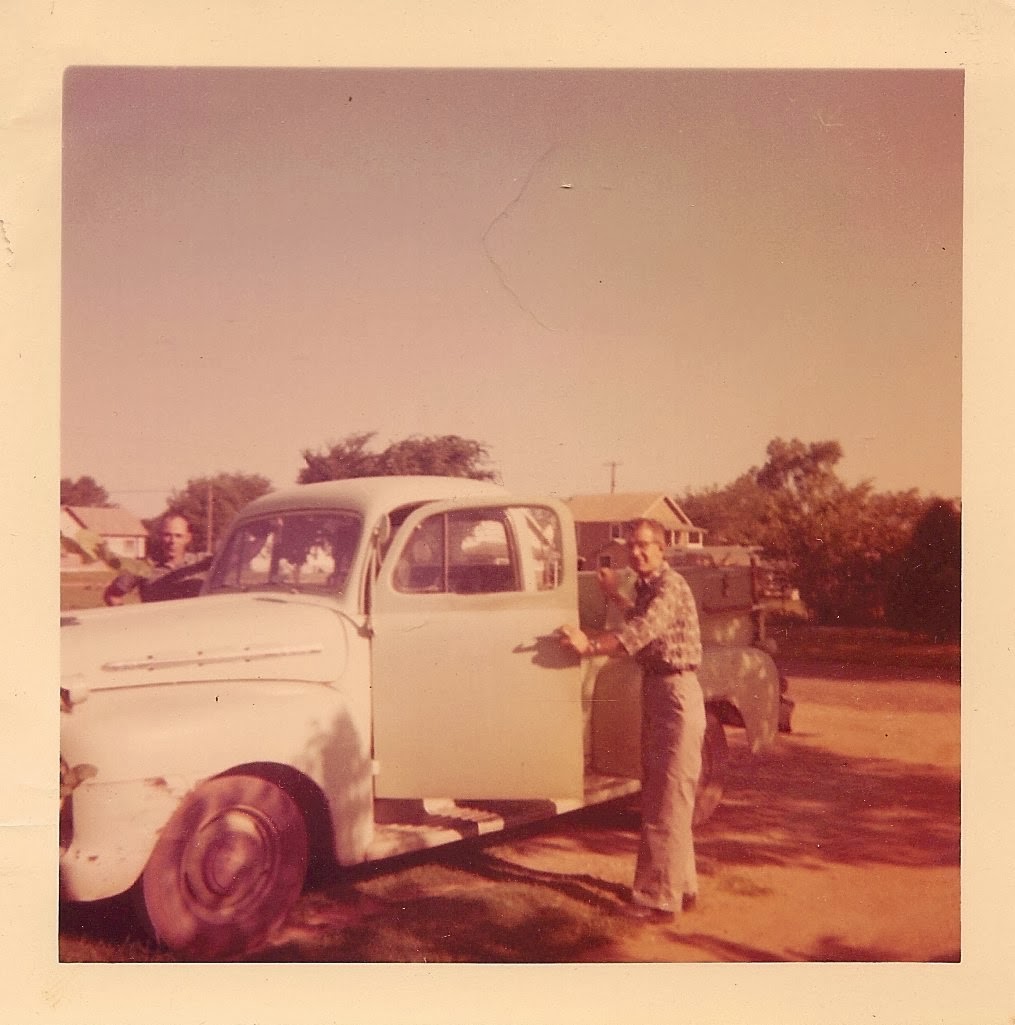 When I married, he had been disabled because of an accident that caused his artificial limb to rip his hip bone apart.  It did not stop him from continuing to do things; he just could not hold up to the demands of working at the College.  That left him free.  If one of my children had an illness, or I had a problem, he was the one who came and helped me.  I am not knocking my mom who was still teaching.  He loved playing with my children, and eventually he moved down next to us.  He taught us about farming the small amount of land that we had, having a cow, how to milk her, goats (that’s a story), chickens, chickens and gardening.
My love of people came from watching him interact with others. He never met a stranger, and watching him taught me to be able to strike up a conversation with anyone, anywhere. He encouraged me to consider possibilities, and to make choices for myself and not be a follower.
He was my dad. He behaved as a dad, and gave an enduring example for the future.