Sentimental Sunday The Hero Knew How to Underline a Statement 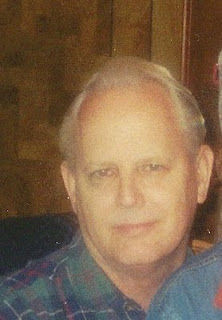 When we first moved to the country, our family had to really down size, from a 5 bedroom home to a 2 bedroom trailer.  We were stuffed into a very small WWII trailer.  The Hero did not like messy areas, and I was always so busy with everything other than the house, beginning a farm, helping my dad... Okay it is an excuse as well he knew too.
One Saturday, I had run in to town for something and when I got back he was fuming.  The house was a wreck, the children were wild, and he was tired from working two jobs.  I came in and he began to read me the riot act that I needed to pay more attention to our home and not run around.  At the end of his tirade, he slammed his hand on the table. The trailer floor was not solid so the table bounced up and down when he hit it.  I apologized for having been neglectful and said I would be more attentive to the house.  It wasnt mentioned again.
Years later, my oldest daughter was reminiscing with me and said her dad was forceful and browbeating!.  What?  I don't think so.  It came out she remembered the table bouncing when he hit it with his hand and he was yelling (actually talking very loudly).  It never dawned on either of us that the act of slamming his hand down would give her such an impression.  To us, we realized it was because of the spongy flooring, to her it was a measure of forcefulness to make a table bounce off the floor.
We all need to think of how an action would affect someone else.  This all came out after the Hero died.  I had to clear his good name.
Posted by FranE at 11:01 PM