My grandchildren have been asking for stories about their granddadE.  As I thought about how to deliver, I received a reminder about Sentimental Sunday posts from Geneabloggers.  I had my ah ha moment.  I can make Sundays my day for granddadE posts and they will have their stories. 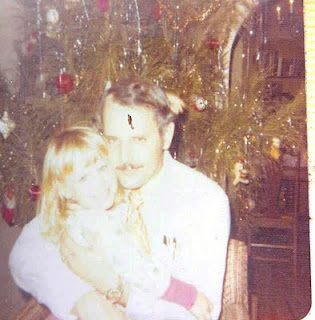 My hero, my husband was a soft hearted man.  You wouldn't know it, if he began talking in generalities, as one is prone to do,  making sweeping statements about race, countries, etc.  He did not live that way.  A case in point, was a call we received late one night about 2 years after we were married.....
A black man, who worked at his company, called late in the evening.  Aaron Johnson was prone to drink.  This evening he had caught his shirt on fire when putting a log in the stove.  He was in pain and could not drive.
The hero and his dad were the only 'family' that Aaron had.
Accordingly, the hero drove to Aaron's home and took him to Houston's emergency room for the poor.  He could have left him sitting there and come home, but it was not the hero's way.  He sat and soothingly talked to Aaron to keep him quiet until it was his turn to be treated.  Aaron clung to the hero and begged that they let him stay with him.  Since the hero was a army medic in the reserves, they allowed him to stay.
I was not there, but my hero cried when he arrived home that night because he felt that his friend had been mistreated.  The staff had not waited for the numbing medication to go into effect and immediately began scrubbing off the burnt skin to clean it before applying the bandages. All he could think of was Aaron sitting and shaking in pain and shock with only his voice for comfort.   His perception of their behavior was that they were punishing Aaron for being drunk.  Who knows the truth.  It was the busiest ER in the state.  They may have lost their ability to show concern by midnight.  What ever the case was, I have never forgotten the compassion, concern, and love my husband showed for another less fortunate than himself.
When his father sold the company, the hero's first concern was that the deed for land which they had purchased for Aaron to build a home had been signed over to Aaron and not any longer in the the company's name.
That is a soft hearted man.
'A great way to be', my grandsons and granddaughters.
Posted by FranE at 9:10 PM