Sentimental Sunday The Hero and The Pick Up Truck

This was not told until the Hero was gone.  He made me promise to not tell my son-in-law while he was alive.  LOL  I think Red Beard already knew.
It all started with the Hero losing his job when the company he worked for was sold.  That is a more serious story.  One that will have to be told later. 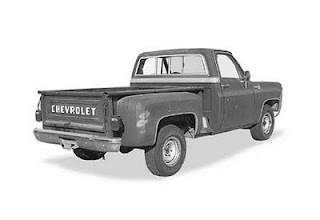 The Hero had a 1979 pick up truck he loved. Well, maybe loved is too strong a word, he was really glad to have.  He had bought it from a sweet friend for a thousand dollars, because she needed to reduce her vehicles and we needed a pick up on the farm.  He also had done odd jobs to make ends meet.
When he lost his job, he decided to go into contracting business doing terrazzo floors and decks, etc.  My son-in-law decided that he wanted to do it too, so they went down this journey together along with my oldest son.
One job was in Wichita Falls, Texas.   Not too long after they arrived to do the job, the truck started having a challenge starting.  The Hero was short on money, so he devised the old time method of starting a standard, which entailed the boys pushing the pickup and him popping the clutch.  Ha Ha...I can still see the boys finding a hump in the road of the campground they were at, a slanted parking lot, a wide open space to push the truck and to get it started. This went on for 6 months.  The fellows would complain and fuss, but never did they refuse to push.
When that job was over and they finally came home, the Hero found a job that paid.  He then, took the truck in to get it fixed. 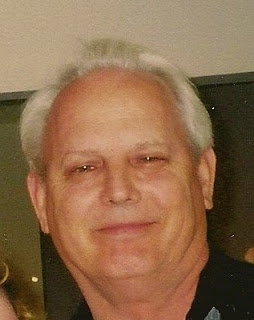 He came back home with the sheepish grin on his face and a twinkle in his eye, swearing me to secrecy, that it was the starter that had been the problem and it only cost 15 dollars to fix.  The guys would have given the 15 dollars to not look silly pushing the truck down the streets to get it going.  Ah, life is sometimes a jolly thing.
Posted by FranE at 1:32 AM

Email ThisBlogThis!Share to TwitterShare to FacebookShare to Pinterest
Labels: secrets, Sentimental Sunday, The Hero and The Pick Up Truck